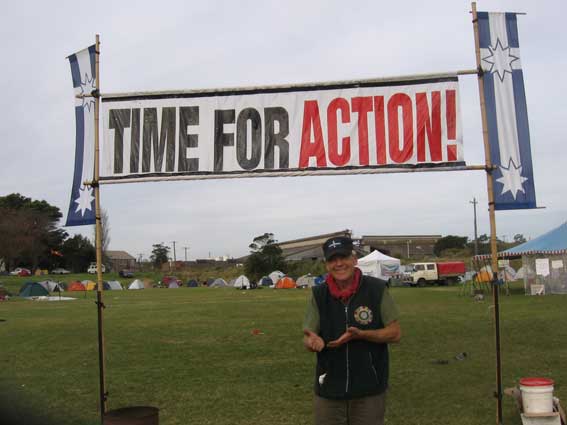 Peacebus.com captain, Graeme Dunstan, at Newcastle Climate Camp, under the banner that gave him such angst, 13 July 2008.